What is Project Controls within Project Management?

In the world of Project Management, it is important to know what Project Controls is. In the same way, its importance for the Project Manager and for the future of the project. Thanks to it, we are able to know what is the trend of our project since its early beginning. This trend can be represented by S-curves, chronometers, traffic lights, etc. In the same way, we can monitor the project through predetermined ratios that we call KPI (Key Performance Index). It is time for you to take another step in Project Management. Start right now to incorporate in your day to day Project Controls. Are you ready?

What is Project Controls?

Project Control is the set of tools, control processes, people and resources, skills and experience that are integrated to give us the best information at a given time. This allows us to always make the best decision for our project. The control of a project should be established as a function independent of Project Management. It is a living, dynamic work that needs to be adjusted throughout the life cycle of the project. It is important to highlight the degree of flexibility within Project Controls due to the changing nature of a project. Adjustments, adaptations, modifications, and changes are elements in the day-to-day of Project Controls. Our task is to reduce to the maximum the level of uncertainty within our project. In other words, try to anticipate black swans.

We could say that the birth of the modern Project Controls System dates back to the middle of the 20th century. Project Management made a quantum leap in the period between the end of the 18th century and the mid-19th century. The great changes arose during the Industrial Revolution.

Let’s do a bit of historical memory. In terms of civil engineering projects, until 1900 these were managed by architects, engineers, and master builders. We have examples like Vitruvius in the 1st century BC or Christopher Wren in the 18th century, Thomas Telford and Isambard Kingdom Brunel in the 19th century. But it was in the 50s, in the twentieth century, when companies began to use new systematic project management tools in the most complex projects of the time.

Project management was developed in several fields, such as civil engineering, engineering or defense. Two were the key figures of the birth of this new way of managing projects: Henry Gantt and Henri Fayol. Henry Gantt is a great known in the world of Planning and Project Controls. This is thanks to the diagram known as the Gantt Chart. For his part, Henri Fayol led to the creation of the five management functions that are the pillar of the body of knowledge related to projects and management programs.

From these two masters of Project Scheduling and Project Controls, new tools are born, being key today in Project Management. Among them we highlight the WBS structure or the allocation of resources. However, during the twentieth century, two mathematical models for time management and Project Controls were also developed. These are the Critical Path Method and the Program Evaluation and Review Techniques (PERT, for its acronym in English).

Functions to carry out in Project Controls

One of the most important concepts that we have to take into account when defining Project Controls is that the tasks are divided into different stages. The ultimate goal of Project Controls is focused on gaining effectiveness. But it also focuses on not moving away from the objective of the project. Hence the follow-up and focus on not moving away from the path initially set (Project Base Line). To meet these objectives, it is important to define a series of tools or project controls. We will implement these controls during the life cycle of the project. Project Controls includes the following functions or tasks:

Some of the elements that are incorporated into the day-to-day of Project Controls would be the project schedule, the KPIs, the budget of the project, the real costs throughout the life cycle of the project or the resources we allocate for the achievement of our objectives. However, there are some tools extended worldwide of great importance. One of them is the Earned Value Analysis (EVA). You may also have heard it as Earned Value Management (EVM).

This technique, which studies and analyzes the Earned Value of a project and its future trends, was born in the 60s of the last century. The EVM was born as a tool of financial analysis in the programs of the Department of Defense of the Government of the United States. Over the years, it became part of Project Management and Cost Engineering.

In the PMBOK Guide Sixth Edition of the Project Management Institute (PMI), an overview of Earned Value Management is included.

The Project Scheduling and Project Controls tool Primavera P6 by Oracle is the best alternative to carry out an appropriate Project Controls task. In the same tool, we are able to manage the project schedule, and the entire portfolio of projects of our company, the resources of our organization, and the budget and costs incurred, among many other control options. In addition, Primavera P6 has everything necessary to perform the Earned Value Analysis (EVA) that we have previously discussed.

Do you know Project Controls Expo? 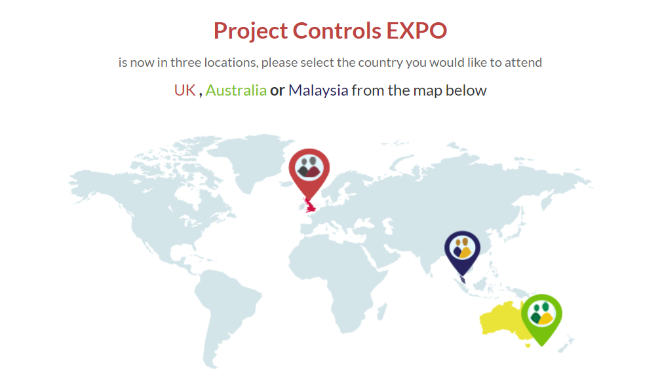 Understanding what Project Controls is within Project Management is key. Why? Because it allows us to play with advantage and reduce the uncertainty of our projects in the face of risk. It helps us to know trends and anticipate possible future problems. It also helps us to visually show, and with the help of KPIs, what is the progress of the project and compare it with the Project Baseline. Internationally used tools such as the EVM are very useful and their implementation will improve the effectiveness of your project.

What is an Extension of Time Claim in a contract?

What is a Key Performance Indicator?

This website uses cookies to improve your experience while you navigate through the website. Out of these, the cookies that are categorized as necessary are stored on your browser as they are essential for the working of basic functionalities of the website. We also use third-party cookies that help us analyze and understand how you use this website. These cookies will be stored in your browser only with your consent. You also have the option to opt-out of these cookies. But opting out of some of these cookies may affect your browsing experience.
Necessary Always Enabled
Necessary cookies are absolutely essential for the website to function properly. This category only includes cookies that ensures basic functionalities and security features of the website. These cookies do not store any personal information.
Non-necessary
Any cookies that may not be particularly necessary for the website to function and is used specifically to collect user personal data via analytics, ads, other embedded contents are termed as non-necessary cookies. It is mandatory to procure user consent prior to running these cookies on your website.
SAVE & ACCEPT